The people of Maui have had a storied history of myths, legends, and heroes, and it all makes for a compelling narrative. Our islands are teeming with legends and tales from our multi-ethnic community here in Hawaii. We have many stories to share, but the following are close to home; in fact, you can find out the inspiration for them near your PMI Maui vacation rental! Learn more about Maui island folklore below and discover the secrets of the Valley Isle with our free Maui Destination Guide.
EXPLORE OUR ISLAND

The History of Maui – a Polynesian demigod

The island bears its current name of Maui from the mythical Polynesian demigod Maui. In the Disney movie Moana, portrayed by Dwayne “The Rock” Johnson, Maui was a fisherman who created the Hawaiian islands by tricking his brothers. We have collected a few of the stories about Maui so that you can learn a bit more about Maui island folklore!

Armed with his great fish hook, Maui was best known as a fisherman.

“Oh the great fish hook of Maui!
Manai-i-ka-lani ‘Made fast to the heavens’–its name;
An earth-twisted cord ties the hook.
Engulfed from the lofty Kauiki.
Its bait the red billed Alae,
The bird made sacred to Hina.
It sinks far down to Hawaii,
Struggling and painfully dying.
Caught is the land under the water,
Floated up, up to the surface,
But Hina hid a wing of the bird
And broke the land under the water.
Below was the bait snatched away
And eaten at once -by the fishes,
The Ulua of the deep muddy places.”
–Chant of Kualii, about A. D. 1700.

Often told amongst the other Polynesian settled islands (New Zealand, Hervey and Society Islands, and Hawaiian), this legend involves the demigod Maui snaring the sun creating simply because he was bored.

“Maui became restless and fought the sun
With a noose that he laid.
And winter won the sun,
And summer was won by Maui.”

Much like the Roman Prometheus who stole fire and gave it to humans, Maui was a bit of a trickster and was credited with bringing fire to Polynesian culture. 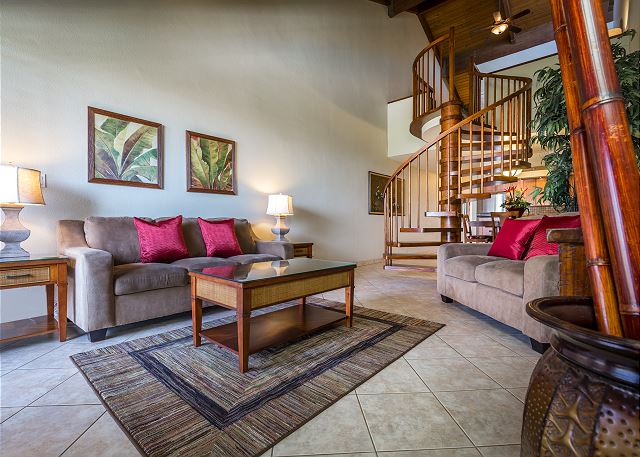 Now that you know a bit of the history of Maui, how about seeing it for yourself? PMI Maui offers some of the best properties on the island. Make your home away from home in one of them and enjoy their incredible, modern amenities, elegant décor, and stunning balcony views. After you’ve put the kids to bed, pop a bottle of Champagne and enjoy a late-night drink under the Maui stars, smelling the salty air of the ocean in the distance and feeling the warm, Hawaiian breeze brushing over your shoulders.